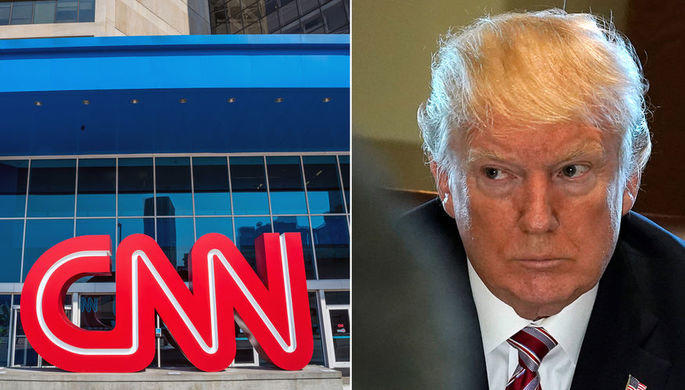 Democrats in Congress and the anti-Trump mainstream media faced a massive political defeat on Sunday after a summary of special counsel Robert Mueller's investigation concluded that there was no evidence of collusion between the Trump campaign and Russia during the 2016 US presidential election.

Axar.az reports citing foreign media that, Donald Trump Jr. has issued a hilarious meme-filled string of attacks against all of his father's detractors, who have spent over two years attacking the president over his alleged collusion with the Russians.

In a series of tweets and retweets, Don Jr. concluded that "after more than 2 years of non-stop conspiracy theories from CNN, MSNBC, Buzzfeed and the rest of the mainstream media, as well as daily lies and smears coming from Democrats in Washington, the Mueller Report proves what those of us with sane minds have known all along, there was ZERO collusion with Russia."

Trump Jr. expressed hope that any remaining "honest journalists" would "have the courage to hold these now fully debunked truthers accountable and treat them with the scorn and ridicule that they so deserve".

The businessman then went after his father's political enemies in a series of comedic tweets, asking if anyone has "heard from slimy Adam #fullofschiff Schiff today?", saying it must have been "embarrassing" for the anti-Trump congressman "to have spent the last 2 years as the leader of the tinfoil hat brigade and have it all come crashing down so quick."

Trump also attacked George W. Bush-era ideologue and never-Trumper Bill Kristol, sarcastically quipping that his opinions were "very valuable to us", adding that he was a big "winner" in "the losing big department".

Trump Jr. then retweeted a well-known meme known as Luke Crywalker, featuring an anti-Trump protester screaming during Trump's inauguration in 2017, with the caption accompanying the clip reading "Live shot of the CNN newsroom".

Finally, Trump Jr. took one parting shot at the Democratic Party, saying "I never thought I'd see the day where Democrats are visibly upset that the President of the United States DIDN'T collude with the Russians."

Trump Jr.'s Twitter followers flooded his tweets with support, with only a few straggling anti-Trumpers to be found attempting to point out that while the Mueller report did not find the president guilty of a crime, it also "does not exonerate him".

Don Jr.'s sister Ivanka Trump devoted less energy to her response to the release of Mueller's report, with her tweet simply featuring an Abraham Lincoln quote, that "Truth is generally the best vindication against slander."