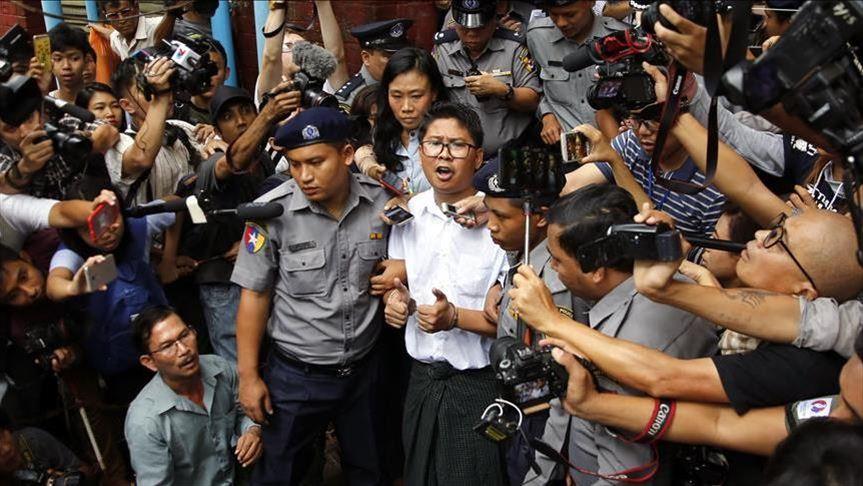 Two Reuters journalists in Myanmar who had been jailed for exposing a massacre of Rohingya were freed early Tuesday after spending more than 500 days in prison.

Axar.az reports citing AA that, Wa Lone, 32, and Kyaw Soe Oo, 28, were among 6,520 inmates released under a third round of pardons by President Win Myint to celebrate the traditional New Year, which began on April 17.

"We are now with them. They are freed," she said by phone.

The two were arrested in December 2017 and each sentenced to seven years in prison in September 2018 over their alleged breach of a colonial-era law for investigating the killing of 10 Rohingya men in Myanmar’s Rakhine state in 2017.

According to Amnesty International, more than 750,000 Rohingya refugees, mostly women and children, have fled Myanmar and crossed into Bangladesh after Myanmar forces launched a crackdown on the minority Muslim community in August 2017.

More than 34,000 Rohingya were also thrown into fires, while over 114,000 others were beaten, said the report, titled "Forced Migration of Rohingya: The Untold Experience."

The UN has also documented mass gang rapes, killings – including of infants and young children – and brutal beatings and disappearances committed by Myanmar state forces.

In a report, UN investigators said such violations may have constituted crimes against humanity and genocidal intent.