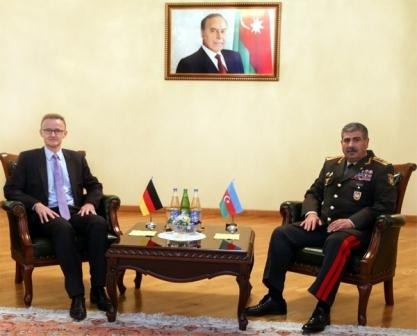 
After congratulating the Ambassador on his new appointment, the Minister of Defence said that the German-Azerbaijani relations are built on a good foundation and talked about the prospects of development of relations in the bilateral format and within the framework of NATO programs, including in the sphere of military education.