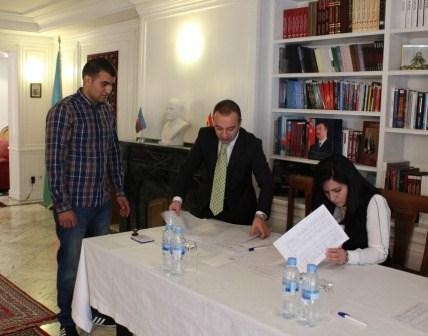 High voter turnout has been recorded at a polling station at Azerbaijan`s Embassy in Madrid where Azerbaijani citizens are voting in a referendum on amendments to the Constitution. Eligible voters, who are registered at the Embassy, include Azerbaijani citizens permanently or temporarily living in Spain, as well as those on business trips and students.

85 year old Gulbaji Akhundova, the oldest Azerbaijani citizen in Spain, said she was “happy to be involved in what contributes to the development of my country despite my geographic location and age”.

No frauds or irregularities have been registered during the voting.