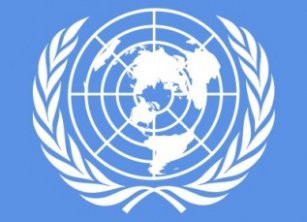 The general debate started on Sept. 26, during which Azerbaijani speakers noted that Azerbaijan is a unique place, where the west and east met and where cultures harmoniously complemented each other.

The speakers said also that as the result of the military aggression of Armenia, a part of Azerbaijan’s territory remained under occupation and about one million Azerbaijanis remained displaced.

Azerbaijan called on Armenia to end the occupation of Nagorno-Karabakh, said Azerbaijani speakers during the general debate.

As for the allegations of discrimination, Azerbaijanis had been expelled from Nagorno-Karabakh, whereas Armenians continued to live in Azerbaijan, read the address of the Azerbaijani representatives.

“Armenia lectured others while it continued to glorify terrorists and use terrorist organizations for subversive actions against Azerbaijan,” said the speakers. “If Armenia did not end its policy of aggression, the consequences for that country would become worse.”

Instead of protecting its people, the leadership of Armenia continued to incite to war and aggression and propagate dangerous ideas of hatred not just toward Azerbaijan, but toward other countries in the region, noted Azerbaijani speakers.