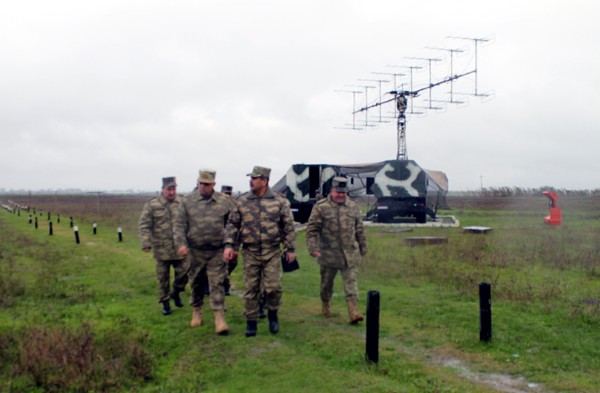 According to the instruction of President of the Republic of Azerbaijan, Supreme Commander-in-Chief of the Armed Forces Ilham Aliyev, works on improving combat readiness, social and living conditions of military personnel of the Air Force are being continued.

Defense Minister, Colonel General Zakir Hasanov has attended the opening of a new residential complex in the territory of radio-technical military unit of the Air Force.

Minister gave instructions in connection with the conduct of combat duty at a higher level in the command post and examined the radar system.

After getting acquainted with the combat activities, social and service conditions of the servicemen, Defense Ministry's leadership dined with the military personnel.