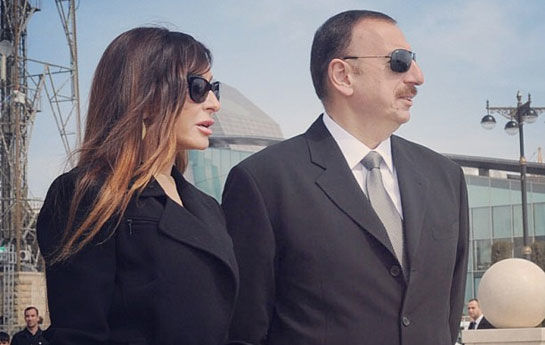 An inauguration ceremony of completion of "Renovation of water supply and sanitation system in the city of Tartar" project has been held today.

Axar.az reports that, President of the Republic of Azerbaijan Ilham Aliyev and his spouse Mehriban Aliyeva attended the ceremony.
Chairman of Azersu Gorkhmaz Huseynov informed the head of state and his spouse of the project, which is part of "National water supply and sanitation program in six districts of Azerbaijan" project co-funded by the Azerbaijani government and the Islamic Development Bank. The project is designed to improve water supply and sanitation services for 26,000 people in the city of Tartar. It is also planned to pump drinking water to a total of 21,000 people in 11 villages in the district in the future. Overall, the project will serve a total of 47,000 people.