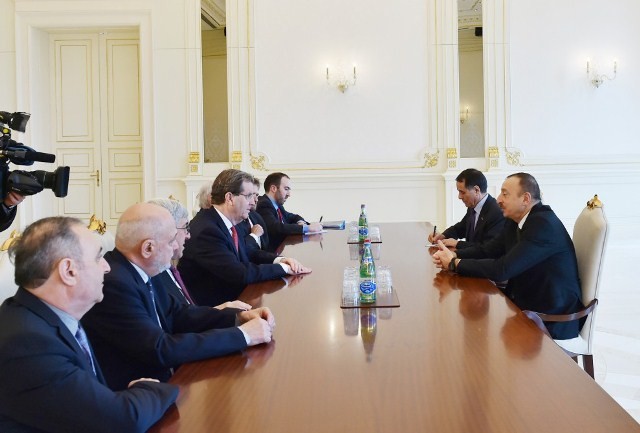 President of the Republic of Azerbaijan Ilham Aliyev has received a delegation led by Executive Director of the American Jewish Committee David Harris.

President Ilham Aliyev expressed hope that the visit of the delegation led by Executive Director of the American Jewish Committee David Harris to the country would be interesting, and the trip would create a good opportunity for members of the delegation, who are in Azerbaijan for the first time, to closely familiarize themselves with the country. Noting that David Harris was a close friend of Azerbaijan, President Ilham Aliyev stressed the importance of the visit in terms of discussing issues of mutual interest.

During the meeting, the sides exchanged views over the settlement of the Armenian-Azerbaijani Nagorno-Karabakh conflict, and stressed the significance of coexistence of different religious communities in Azerbaijan and the measures taken to develop multiculturalism even further. They also discussed a number of issues of mutual concern.