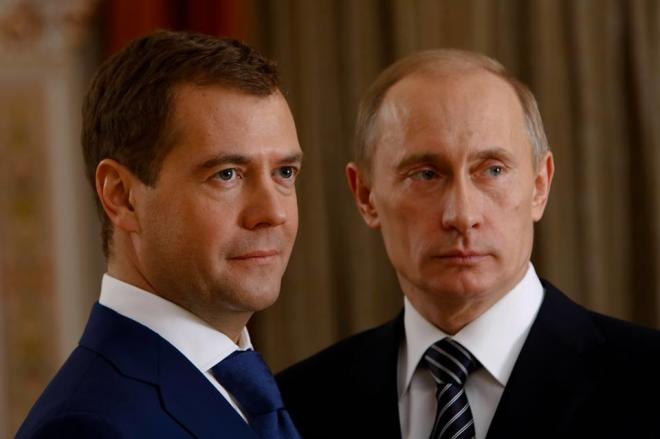 Axar.az reports, Putin said in his congratulatory letter that:

“Dear Ilham Heydarovich, please accept my sincere congratulations on your 55th anniversary. As an experienced and far-sighted statesmen, who has done a lot for the socio-economic development of Azerbaijan, you have rightly won sincere respect of your compatriots and achieved a good reputation worldwide”.

“In Russia, you are known as a reliable friend of our country and a principal supporter of the strengthening of the Russia-Azerbaijan strategic partnership and mutually beneficial cooperation in various areas,” the Russian president noted. “I highly appreciate the trust and mutual understanding between us. I look forward to continuing a constructive dialogue and fruitful collaboration with you.”

“Dear Ilham Heydarovich, on behalf of the Government of the Russian Federation and on my own, I congratulate you on the occasion of your anniversary,” Medvedev said in his letter of congratulations.

“I would like to highlight your personal contribution to the strengthening of Russian-Azerbaijani relations based on the principles of friendship, good neighborliness and strategic partnership,” the Russian PM noted. “You pay constant attention to the development of bilateral economic and trade cooperation, implementation of joint projects in the fields of energy, industry and infrastructure.”

“I am confident that strengthening of practical cooperation and expansion of inter-regional cooperation and business relations fully meets the interests of both Russia and Azerbaijan,” Medvedev said. “I warmly recall our meetings held in a constructive atmosphere. I will be glad to continue our meaningful communication.”

“Dear Ilham Heydarovich, I wish you robust health, well-being and success in your state activities,” the Russian Prime Minister added.