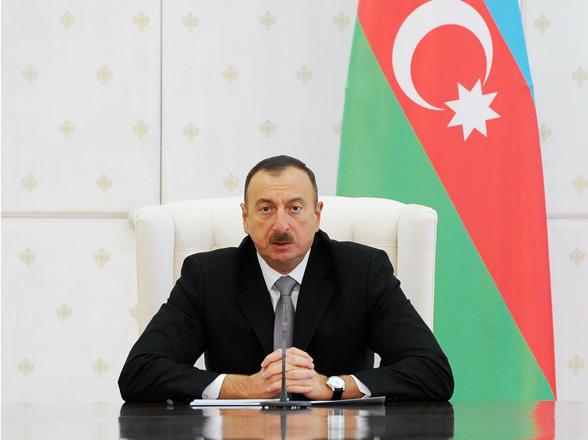 An article headlined "Azerbaijan's economic priorities for 2017" by President of Azerbaijan Ilham Aliyev has been issued by Bulgaria-based 24 hours (24 Çasa) newspaper, which was published on the official website of the World Economic Forum.

Axar.az reports that, the article highlights Azerbaijan's recent achievements, the economic reforms carried out in the country, Azerbaijan-host prestigious international events, as well as the challenges the country is currently facing and adequate steps taken in this regard.

Hailing the global projects which cover energy, transport and transit spheres of Azerbaijan's economy, President Ilham Aliyev in the article says that "the implementation of globally important projects in various sectors of the economy, including energy, not only made our country more capable, but also facilitated regional and international cooperation". The head of state also highlights the steps taken towards continuing the policy of multiculturalism in Azerbaijan saying "the representatives of different ethnic groups and faiths have been living here throughout centuries in an atmosphere of peace, mutual understanding and dialogue."