Generals in the Alley of Honor 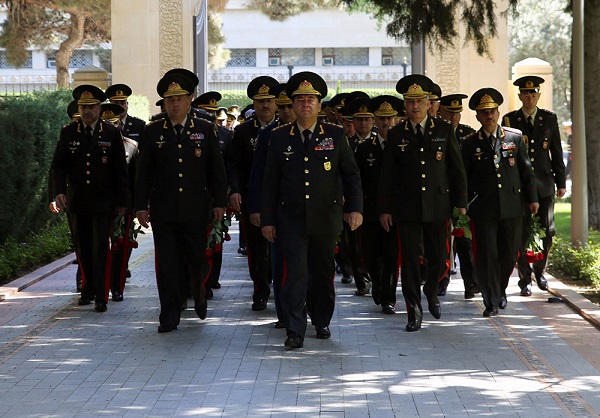 Due to the 94th anniversary of the Azerbaijani national leader Heydar Aliyev, the administration and the personal staff of the Ministry of Defense of the Republic of Azerbaijan visited the Alley of Honor.

According to the information given by the Ministry of Defense to Axar.az, wreaths and flowers were laid at the tomb of the national leader, his memory was respected and honored.