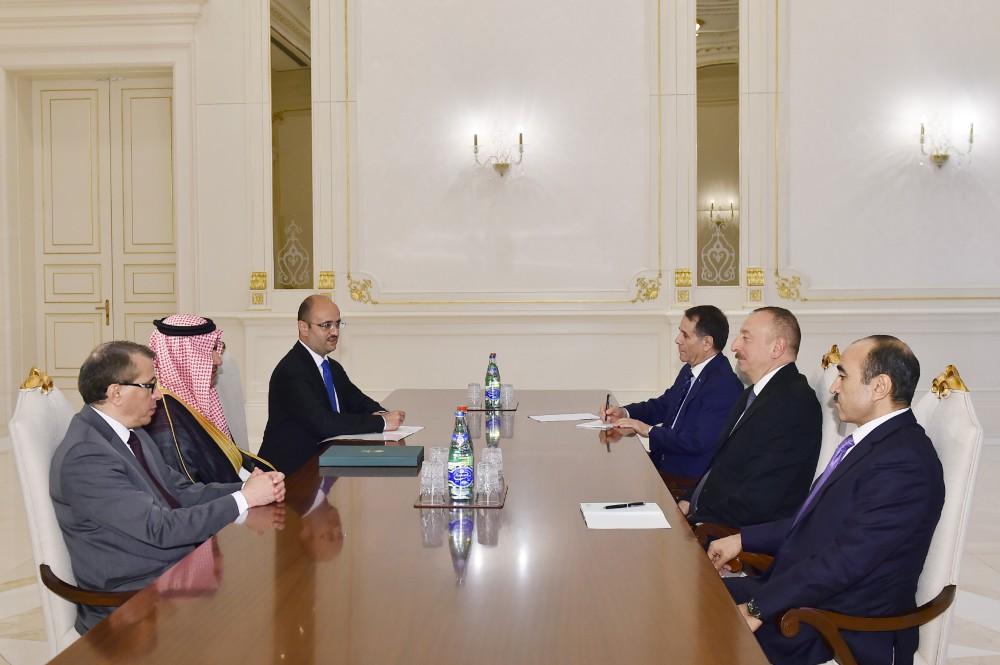 President of the Republic of Azerbaijan Ilham Aliyev has today received Minister of State for Gulf Affairs of the Kingdom of Saudi Arabia Thamer Al-Sabhan.

Axar.az reports citing to APA minister of State Thamer Al-Sabhan extended the greetings of Custodian of the Two Holy Mosques, King of Saudi Arabia Salman bin Abdulaziz Al Saud to the head of state, and handed the Saudi King`s letter to him. He said his country is interested in establishing close friendship and cooperation with Azerbaijan.

President Ilham Aliyev hailed rapid development of bilateral relations between Azerbaijan and Saudi Arabia in various areas, saying they were built on the basis of friendship and brotherhood. Remembering his trip to Saudi Arabia and hospitality shown to him, President Ilham Aliyev noted that the negotiations and exchange of views with Custodian of the Two Holy Mosques, King of Saudi Arabia Salman bin Abdulaziz Al Saud as well as meetings with other officials made a deep impression on him.

They highlighted the importance of the Islamic Solidarity Games, which will start in Baku tomorrow, and expressed confidence that the Games will contribute to the strengthening of unity and solidarity among Islamic countries.

The head of state thanked for the greetings of King of Saudi Arabia Salman bin Abdulaziz Al Saud and asked Thamer Al-Sabhan to extend his greetings to the Saudi Arabian King.
Share