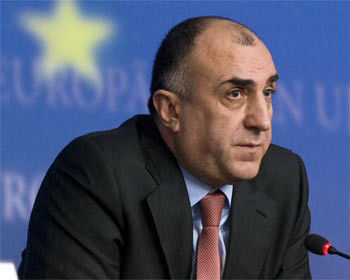 Axar.az reports that the importance of changing the current status-quo, which is unsustainable and unacceptable, via substantive negotiations was emphasized at the meeting. Minister Elmar Mammadyarov stressed that based on the proposals on the table, the withdrawal of the armed forces of Armenia from the occupied territories of Azerbaijan is a crucial element for achieving progress in conflict settlement process. Elmar Mammadyarov drew attention to the latest provocations by Armenia on the front line, and noted that Armenia, by escalating the situation in the front in a deliberate manner, pursues the goal of undermining the conflict resolution process via such provocations and escalation of situation. Elmar Mammadyarov also mentioned the illegal activities, including establishment of settlements, destruction of cultural heritage, organization of illegal flights and other illegal economic actions conducted by Armenia in the occupied territories of Azerbaijan. He added that such illegal activities by Armenia cause serious impediment to the conflict negotiation process. At the meeting, sides also exchanged views on intensifying the negotiation process.