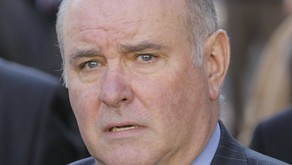 Moscow does not rule out that the meeting of Foreign Ministers of Azerbaijan, Russia and Iran could discuss coordination in the oil sector.

"When three foreign ministers meet, no taboo exist. They may discuss all that is interesting to the participants of this meeting", Karasin said, answering the question whether the Foreign Ministers of Ilan, Russia and Azerbaijan plan to discuss coordination in the oil sector.

Earlier, the official representative of the Foreign Ministry of Azerbaijan Hikmet Hajiyev said that the meeting will discuss bilateral and trilateral cooperation projects, including development of transport corridor North-South and mutually beneficial cooperation.

The meeting of foreign ministers of Azerbaijan, Russia and Iran will be held in Baku on April 7.