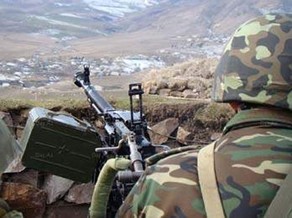 Armenian side has lost 29 servicemen killed, including 7 officers during battles on the contact line in Azerbaijan's occupied Nagorno-Karabakh region.

According to information, 28 Armenian militants are missing.

According to the information, during battles, 101 Armenian militants wounded, 20 of them are officers, 81 sergeants as well as servants and private soldiers who serve on contractual basis. According to reports, 14 tanks, 4 pedestrians armored trucks of Armenian side have been destroyed.