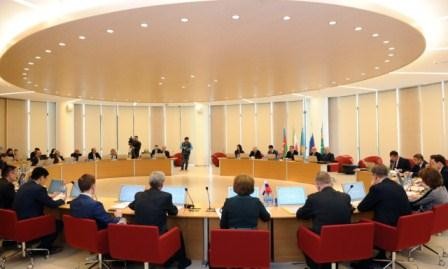 AS earlier reported, the 44th meeting of the special working group for working out the convention on the legal status of the Caspian Sea kicked off in Baku.

It is planned to hold the sixth meeting of the parties to the Framework Convention for the Protection of Marine Environment of the Caspian Sea in Baku, said Khalafov, adding, that opening of the permanent secretariat of the framework convention will be one of the main goals of the conference.