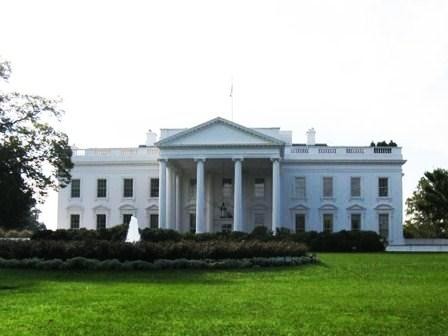 Following of an escalation of violence and violation of ceasefire in the Armenia-occupied Nagorno-Karabakh region of Azerbaijan, the country has launched a White House petition.

The petition calls on the US Administration to establish justice and prevent a great catastrophe.

The petition, submitted by the President of the Association for Civil Society Development in Azerbaijan Elkhan Suleymanov, notes that Resolution 2085 passed in January by the Parliamentary Assembly of the Council of Europe (PACE) "stresses the fact of the occupation of Nagorno-Karabakh and other territories of Azerbaijan by the Armenian state" and "requests the immediate withdrawal of Armenia's armed forces from the occupied region."

The petition further states that the OSCE Minsk Group, the mediators consisting of the United States, Russia and France, "has made no progress toward the liberation of our occupied territories," and urges "the Administration to support PACE Resolution 2085, to assist in the liberation of the Azerbaijani territories occupied by Armenia and the prevention of a humanitarian catastrophe in the region."

The petition warns that the "current state of the Sarsang reservoir, located in the occupied Azerbaijani territories, could result in a humanitarian disaster.

"The unmaintained dam has created an artificial environmental crisis to the once-productive agricultural regions of Azerbaijan that lie downstream. In its January resolution, PACE accused Armenia of "environmental aggression" and "deliberately depriving" Azerbaijanis of water flowing from the Sarsang reservoir.