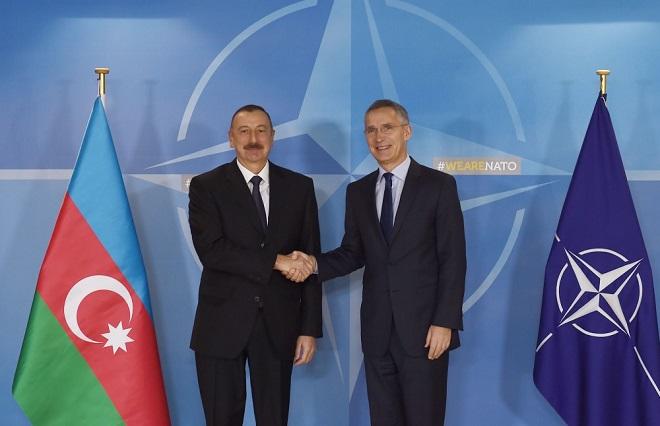 Axar.az informs that Ilham Aliyev said he was glad to be back in the NATO Headquarters and have opportunity to discuss important issues of Azerbaijan-NATO cooperation.

Azerbaijani president reminded that the country participated in many NATO operations and now Azerbaijan is contributing to the Resolute Support Mission (RSM).