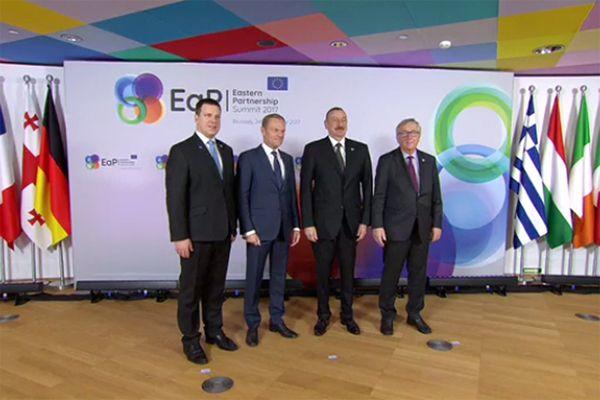 Axar.az informs that after the summit plenary session ended, leaders of the European Union and the Program member states posed for photo.

Then leaders will hold a press conference on results of the summit.

The 5th Eastern Partnership Summit kicked off in Brussels Nov.24.