Dinner reception was hosted on behalf of İlham Aliyev 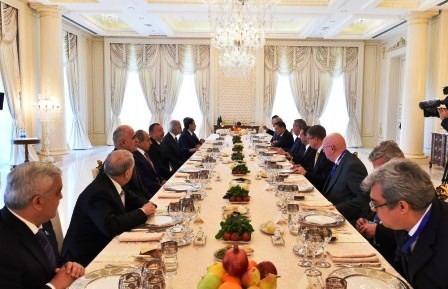 A dinner reception has been hosted on behalf of President of the Republic of Azerbaijan Ilham Aliyev in honor of Chairman of the government of the Russian Federation Dmitry Medvedev.

Russian Prime Minister Dmitry Medvedev has visited Baku today, where he has met with President of Azerbaijan Ilham Aliyev, as well as with his Azerbaijani counterpart Artur Rasizade.