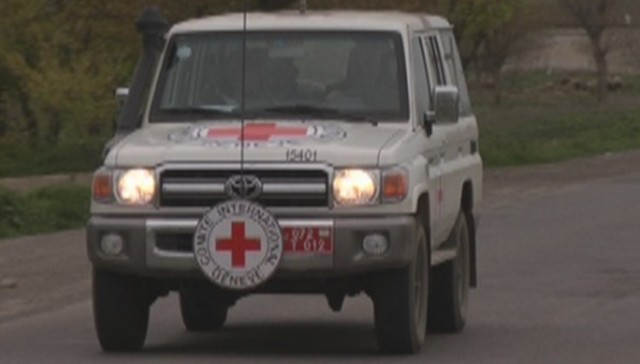 In accordance with the agreement reached through the mediation of the relevant international organizations, Azerbaijan and Armenia exchanged on Sunday the bodies of the soldiers killed in recent military operations on the line of contact between Armenian and Azerbaijani troops, the State Commission of Azerbaijan on Prisoners of War, Hostages and Missing People said in a statement.

The process of exchanging bodies was conducted jointly by the Azerbaijani State Commission on Prisoners of War, Hostages and Missing People and the Defense Ministry through the mediation of the International Committee of the Red Cross and the OSCE, said the statement.

The opposite side has violated the ceasefire regime during the process, the statement said.

Additional information will be provided after the completion of the relevant procedure.