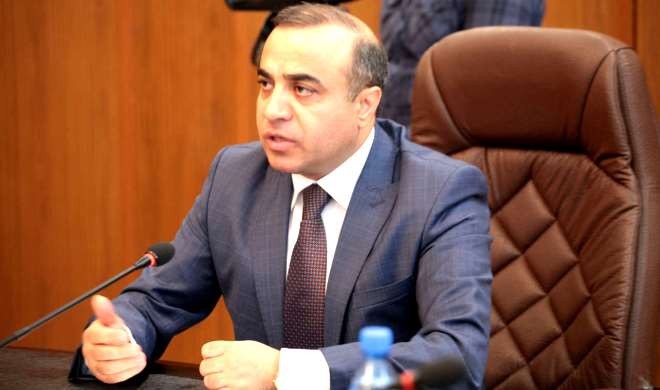 It’s very important to organize a separate event dedicated to the Armenian-Azerbaijani Nagorno-Karabakh conflict with the participation of the Minsk Group co-chairs on the sidelines of the 25th annual session of the OSCE Parliamentary Assembly, which is due to take place in Tbilisi on July 1-5, Azay Guliyev, Azerbaijani MP, a member of the OSCE PA Bureau.


This issue was discussed at the OSCE PA Bureau meeting in Copenhagen on April 11, according to Guliyev.

“The OSCE PA needs to work more closely with the Minsk Group co-chairs on the settlement of the Nagorno-Karabakh conflict and follow the negotiation process,” the MP stressed. “The co-chairs, in turn, should report regularly to the OSCE PA on the work done, the proposals put forward on the conflict’s settlement and the attitude of the parties towards them”.

This kind of mutual cooperation and exchange of information would make a significant contribution to the soonest resolution of the conflict and establishment of friendly and constructive atmosphere for negotiations, he added.


Everyone should know that the conflict should be resolved, and the consequences of the occupation should be eliminated as soon as possible, Guliyev said, noting that there is a great need for effective coordination of relevant OSCE institutions. “I hope that such a hearing will be held as part of the upcoming Tbilisi session.”