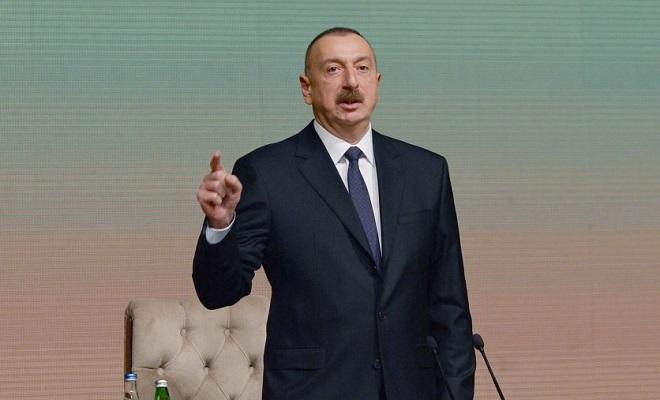 Nearly 265,000 people have been provided with apartments at the state’s expense in Azerbaijan, said President of Azerbaijan Ilham Aliyev.

The president made the remarks at a meeting with a delegation of international and foreign trade unions who are attending the 5th Congress of Azerbaijan Trade Unions Confederation.

The head of state noted that about one million Azerbaijanis became refugees and IDPs as a result of Armenia’s occupation of Azerbaijani territories.

“The poverty and unemployment rate among the people of this category was very high. We managed to significantly reduce it. We provided them with jobs and apartments. Nearly 265,000 people were provided with apartments at the state’s expense. This process is still going on,” President Aliyev added.