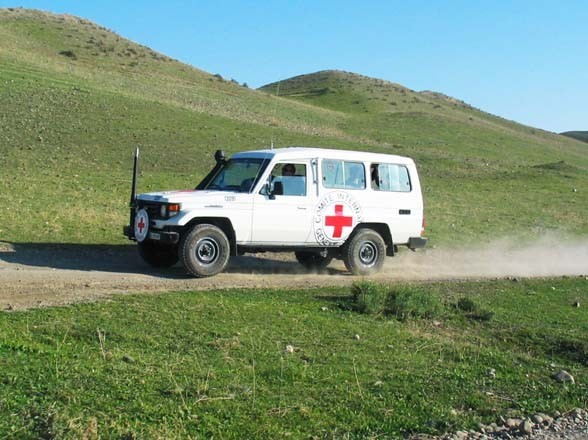 The body of an Armenian serviceman, who died during the recent military operations on the contact line between Armenian and Azerbaijani troops, has been handed over to the Armenian side.

The process took place in the direction of the Bash Garvand village of Azerbaijan’s Aghdam district on April 20 through the mediation of the ICRC and OSCE.


Azerbaijan's State Commission on Prisoners of War, Hostages and Missing People reported on Apr. 19 that the body of an Armenian serviceman killed on the contact line will be handed over the Armenian side on April 20 at 15:00 (GMT + 4 hours), and this decision was made by the relevant government structures.


The Commission added that the body of the Armenian serviceman was located on April 11 on the territory under the control of Azerbaijan.


The State Commission appealed to the ICRC so that it take part in the humanitarian mission and inform the Armenian side.