Armenian MPs were outrageous in PACE 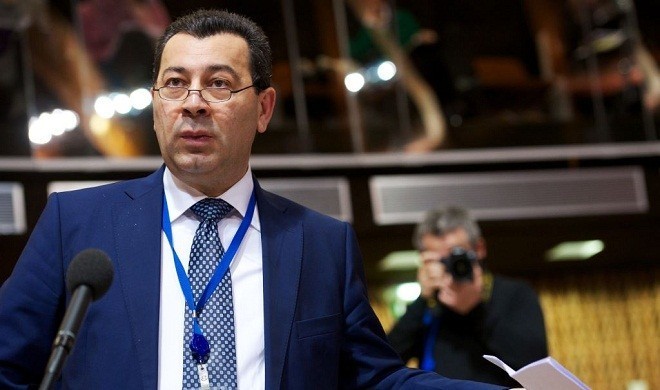 Armenians attempted one more provocative act in the PACE spring session. The brochures made by Armenians which were considered to distribute to the parliamentarians were fake, Samad Seyidov told in his interview.

`They tried to show Armenian aggression as if made by Azerbaijan. This is to say, the registration plate of fired vehicle on the front page of brochure belongs to Azerbaijani side.`

`By spreading such fake brochures, Armenians put themselves to shame and exposed their provocative actions on the frontline`