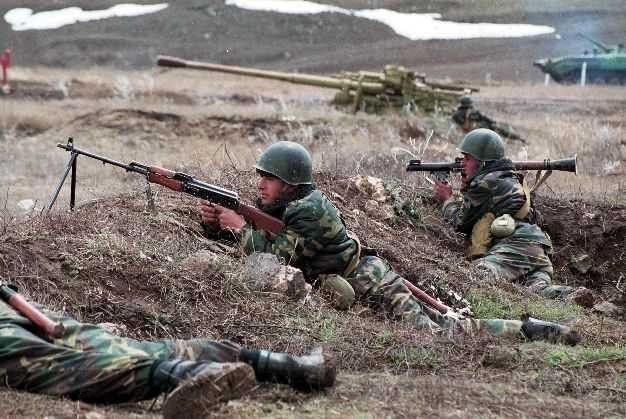 Two soldiers of Armenian Armed Forces were killed on frontline.

Karabakh separatists informed about it.

Armenian Armed Forces violated the cease-fire, after that, two soldiers were killed with gunfire by Azerbaijani Armed Forces.

They, Tigran Poghosyan was born in 1992 and Arushanyan in 1972. Both of soldiers were mercenaries.

Noted that, Armenian armed units violated ceasefire using 60 mm mortars, and large-caliber machine guns with Azerbaijan 113 times on various parts of the contact line of Azerbaijani and Armenia troops over the past 24 hours.

According to the information provided by Azerbaijani DM, the enemy used 82 and 120 mm mortars, 122 mm howitzers D-30 and BM-21 MLRS systems. In consideration of the operational situation, Azerbaijani armed forces inflicted strikes only on Armenian military facilities.

Azerbaijani Defense Ministry said that, from now Armenian military-political criminal leadership will be responsible for the happenings on the front line.