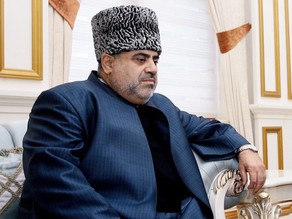 Armenians do not give up their unfair and unjust claims. They should realize that they have lost.

According to him, Armenians defeated not only by Azerbaijan, but also the world community: "They don't consider other religions and languages, seize foreign lands. Armenians is a nation that resorts to any means. Armenia will sooner or later have to leave the territory of Azerbaijan. I believe in the future of Azerbaijan. The steps accepted by Armenia are unacceptable. They also consume themselves. Once again, I appeal to the religious leaders of Armenians, urge to explain to their people, they must leave the occupied territories of Azerbaijan, that their mothers do not shed tears."