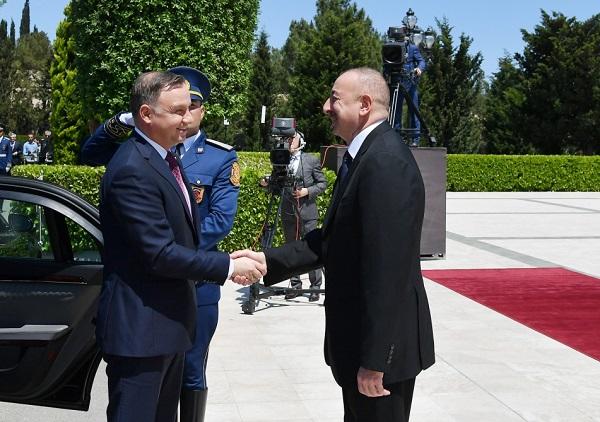 The head of the Honorary Guard hailed Polish President.

The national anthems of Poland and Azerbaijan sounded.