Azerbaijan will restore its territorial integrity 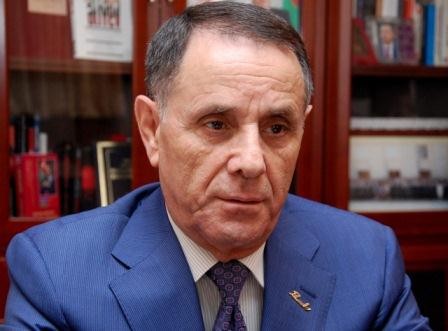 Azerbaijani foreign diplomacy targets to solve Nagorno-Karabakh conflict within Azerbaijan`s territorial integrity, its internationally recognized borders, sovereignty and to boost the international efforts on the urgent solution of the conflict, Novruz Mammadov, deputy head of the Azerbaijani Presidential Administration, chief of the Administration`s foreign relations department writes in his article.

Azerbaijani President has openly made statements that Azerbaijan sooner or later will restore its territorial integrity and liberate its Armenian-occupied territories. From this aspect, four-day war in April revealed lots of things to the world and the Armenian government, the PA official noted.

Azerbaijan has made a number of successful steps on the energy field during the last 10 years. As an initiator of the several projects, Baku gained a status of one of key guarantors of energy security on a global scale. US and EU officials have repeatedly expressed their views on it. Undoubtedly, Azerbaijani President Ilham Aliyev will succeed in the new opportunities in foreign policy, the PA official added.