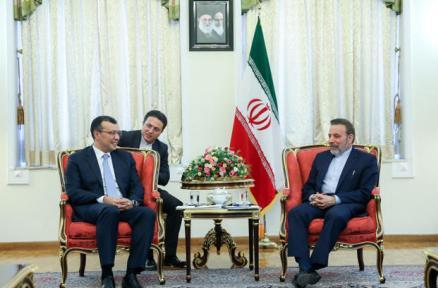 Axar.az reports citing the Azerbaijani Ministry of Labor and Social Protection of Population.

During the meeting, the sides stressed that historical, cultural and religious ties between the peoples of Azerbaijan and Iran form the basis of the relations between the two countries.

As was noted, the trade and economic cooperation is developing between the two countries. A striking example is that the trade turnover between Azerbaijan and Iran increased by 74 percent in 2018 and cooperation in the field of investments expanded.

The successful activity of the Azerbaijani-Iranian interstate joint commission on cooperation in the economic, trade and humanitarian spheres was emphasized.

The parties also discussed the issues of mutual interest.