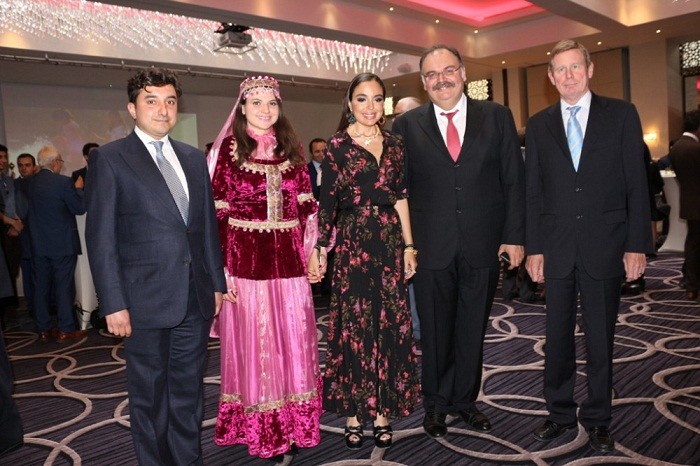 Rector of the Baku branch of the Moscow State University, co-chair of the Anglo-Azerbaijani Society, Professor Nargiz Pashayeva and Vice-president of the Heydar Aliyev Foundation, Leyla Aliyeva attended the event.

Representatives of the diplomatic corps in the UK, members of House of Lords, government officials, representatives of UK-based Azerbaijani organizations, and public figures attended the event.