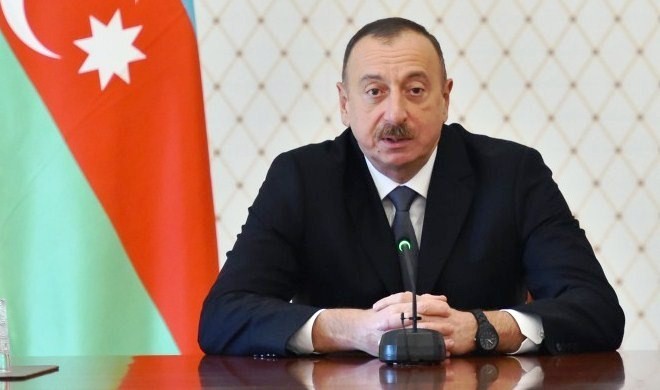 He made the remarks at the press conference following the expanded meeting with Turkish Prime Minister Binali Yildirim in Baku June 3.

The head of state noted that 20 percent of Azerbaijani territory is under occupation, and the ethnic cleansing was committed against the Azerbaijani people.

He said that the UN Security Council resolutions, which demand immediately withdrawal of Armenian forces from the occupied Azerbaijani lands, are simply on paper only because of double standards.

“Some UN resolutions get fulfilled in a day, but when it comes to Azerbaijan, the resolutions have not been fulfilled over the last two decades. This is great injustice,” Ilham Aliyev emphasized.

The president added that Azerbaijan has gained military and political advantage over the Nagorno-Karabakh conflict.

“The Azerbaijani army launched a counter offensive in April, 2,000 hectares of land has been cleared off the enemy. We will try to settle this problem through negotiations,” he said.