OSCE monitoring to be held on the contact line of troops 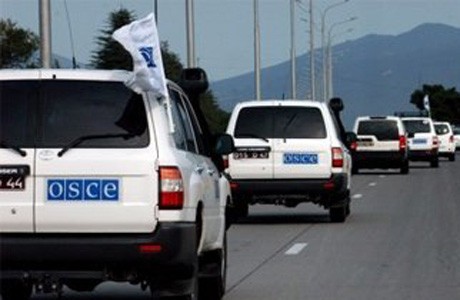 According to the information provided by Azerbaijani Defense Ministry, OSCE is expected to monitor the line of contact between Azerbaijani and Armenian troops on June 22.

The monitoring will be held under the mandate of the OSCE Chairperson-in-Office Personal Representative on the contact line, near the village of Agdam in Tovuz district of the Republic of Azerbaijan, the ministry said.

On the Azerbaijani side, the monitoring will be carried out by the field assistants of OSCE Chairperson-in-Office Personal Representative Hristo Hristov, Simon Tiller.

On the opposite side, the monitoring will be conducted by the field assistants of OSCE Chairperson-in-Office Personal Representative, Jiri Aberle and Peter Svedberg.