President of PACE criticized the delegation of Armenia 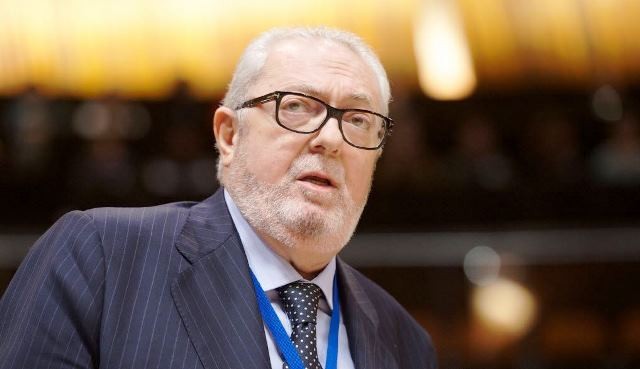 The newly elected president of the Parliamentary Assembly of the Council of Europe, Pedro Agramunt criticized the Armenian delegation on discussion of Nagorno-Karabakh conflict at the meeting of Permanent Representatives of Council of Europe (CoE).

At the meeting of the Permanent Representatives to the Council of Europe held on February 19, the newly elected president to the Parliamentary Assembly made a speech before the representatives.

Agramunt spoke about "Fight against international terrorism", "Freedom to live without fear," "Refugee and migration crisis", "Promotion of good neighborly relations among countries” as four priority issues.
It is noted that, the European official said that as the fourth priority area for the specific initiatives in support of the sovereignty and territorial integrity of Council of Europe member states, as well as a number of European regions, including the issue of frozen conflicts in Nagorno-Karabakh region of Azerbaijan, the discussion on these problems should be continued. President of PACE estimated the conflicts in the territory of the former Soviet republics, as well as the Nagorno-Karabakh conflict as a threat to European security.

The representative of Armenia to PACE rebutted the expression of “Nagorno-Karabakh region of Azerbaijan," referring to the President of PACE, and noted that they reject the thought.

The Armenian delegation added that it is not right to discuss the problem what is authorized by OSCE MG. Agramunt said PACE members are free to discuss any issue that is appropriate and the ongoing Armenian-Azerbaijani conflict for years must be resolved, and in this regard, "to hide the head in the sand like an ostrich," does not benefit.