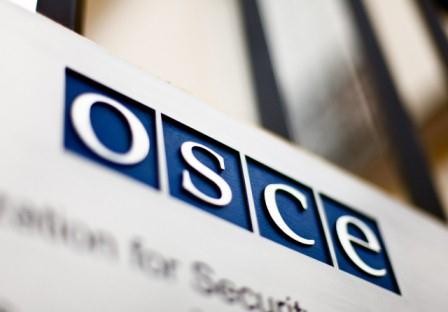 The armed provocation committed by Armenian armed forces on the contact line of Armenian and Azerbaijani troops in early April was highlighted at the meeting of the OSCE PA Standing Committee as part of the organization’s 25th annual session in Tbilisi July 1, Bahar Muradova, vice-speaker of the Azerbaijani parliament, told reporters in Tbilisi.


An Azerbaijani delegation led by Bahar Muradova, vice-speaker of the Azerbaijani, is attending at the 25th annual session of the OSCE PA in Tbilisi.


“What’s more important for us is the Armenian-Azerbaijani Nagorno-Karabakh conflict, and the OSCE PA’s position regarding the current situation,” she said.


During the Standing Committee’s meeting, the Azerbaijani delegation gave information about the Armenian armed provocation of April this year.


“We have mentioned that the status quo does not satisfy anyone, except Armenia, and Azerbaijan stand for a peaceful solution to the Nagorno-Karabakh conflict. We want our territories to be liberated even though in stages,” said Muradova.

The Azerbaijani delegation also underlined that Armenia unambiguously hinders the negotiation process on the settlement of the conflict, according to the vice-speaker.

Muradova noted that her speech was supported by the participants of the meeting.


“However, we have witnessed that the attempts by the Armenian delegation to disguise its aggressive policy,” she added.