Azerbaijani army is able to perform any tasks 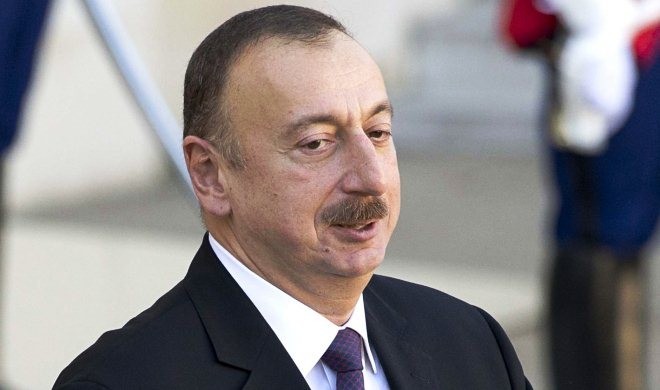 “Azerbaijan continues and will further continue to strengthen its army, its material and technical base, at the same time, solve everyday problems of servicemen. Azerbaijan is strong state with strong army”, President of Azerbaijan Ilham Aliyev stated at the meeting of the Cabinet of Ministers dedicated to the results of socioeconomic development in first half of 2016 and objectives for the future.

Speaking of the talks to solve the Armenia-Azerbaijan, Nagorno Karabakh conflict, the Head of State said: "We simply hope that the conflict could be solved through negotiations. At the same time, we have great achievements in the army build-up. The Azerbaijani army is one of the world`s strong armies. We have still to do more in this regard, reforms must be continued. I must say that military potential of our country is sufficiently strong. We continue to purchase modern weaponry, ammunition and hardware. Azerbaijan produces necessary military goods. Military potential, combat capabilities of our army are increasing and it makes us happy because every powerful country should have a powerful army. We will further continue our active policy in this direction".