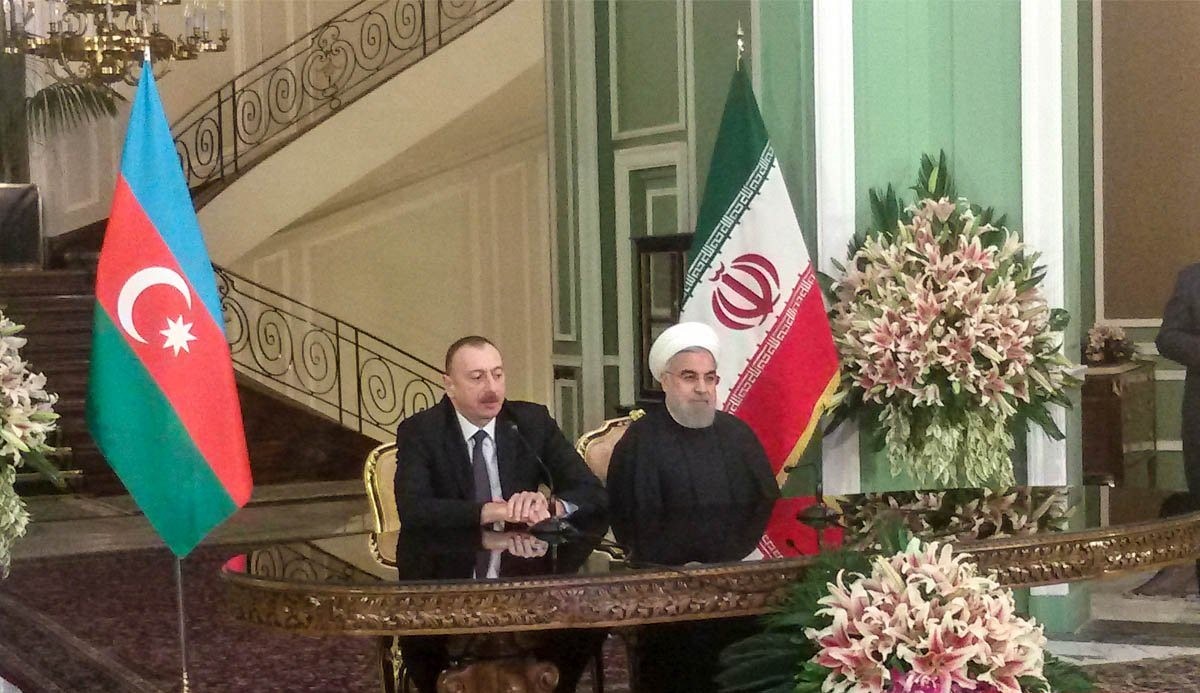 "Azerbaijan and Iran have been successfully cooperating within international organizations. Azerbaijan has always opposed sanctions against Iran,” President Ilham Aliyev said at the press conference following his meeting with Iranian President Hassan Rouhani, who is on an official visit to Azerbaijan.

The head of state said that Iran has always supported the territorial integrity of Azerbaijan.


"During the OIC summit, the importance of resolving the Nagorno-Karabakh conflict within the territorial integrity of Azerbaijan was stressed. Today I informed the Iranian president about the status of peace settlement and gave him detailed information about the current situation. Nagorno-Karabakh is an ancient Azerbaijani land. In addition to Nagorno-Karabakh, seven surrounding districts are under Armenian occupation today. Mosques have been destroyed, people expelled from their lands. The occupying forces must withdraw from the occupied territories so that the conflict may be settled. This is also reflected in the resolutions of the United Nations. During the OIC summit, Armenia’s April provocation was condemned and a contact group was created,” said Ilham Aliyev.

Speaking of the April provocations, President Ilham Aliyev also said that Azerbaijan was forced to take steps to protect its land and population. "Those steps proved quite effective. Azerbaijan's territorial integrity must be restored.”