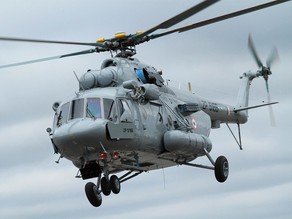 "Helicopters of Russia" Holding is to open a center on repair of Mi-8/17 helicopters in Azerbaijan, the agreement is planned to be signed at the international military exhibition ADEX-2016 in Baku in late September.

This was said by deputy director general on after-sales service, Igor Chechikov.

According to him, currently negotiations on the procedure and the form of cooperation are being held. "Relevant agreements are expected to be signed during the international exhibition ADEX-2016," - concluded the Deputy Director General of Helicopters of Russia company.

On August 8th to the end of the summit of presidents of Russia, Azerbaijan and Iran, Russian Deputy Prime Minister Dmitry Rogozin told reporters that there were plans to open helicopter assembly facility and an aircraft factory in Baku.