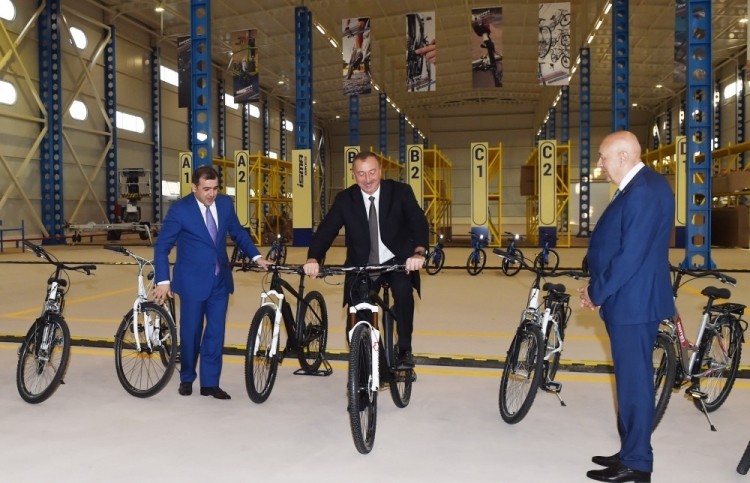 President of the Republic of Azerbaijan Ilham Aliyev has today arrived in Ismayilli district for a visit.


The head of state laid flowers at a monument to national leader Heydar Aliyev in the park in the city center.

President of the Republic of Azerbaijan Ilham Aliyev has also attended the opening of “ISMA BIKES” bicycle factory as part of his visit to Ismayilli district.


The head of state was informed that located in the village of Diyalli, 6km from the city center, the facility was built as part of cooperation with the Bulgarian Sofia bicycle factory.


The facility is provided with Bulgarian, Danish, Dutch, Chinese, and Turkish made equipment.


The head of state was informed that the number of workers is expected to be increased as the facility will enhance its activity in the future.


There is a modern cycle track in the yard of the facility which occupies a total area of 3 hectares.


President Ilham Aliyev met with representatives of the general public of Ismayilli district.