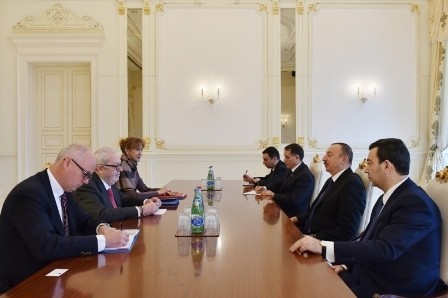 Expressing his pleasure to visit Baku, PACE President Pedro Agramunt noted that it was one of his first foreign visits after his election to this post. He added that the country is of great importance to him. Pedro Agramunt stressed the significance of discussing the issues of mutual interest at a time when the world, especially Europe faced different challenges, adding that Azerbaijan was an important country from the point of view of resolution of some issues.

During the meeting, the sides said there were good opportunities for expanding relations between Azerbaijan and the Council of Europe on the basis of mutual trust and respect, and discussed a number of issues related to the development of cooperation.