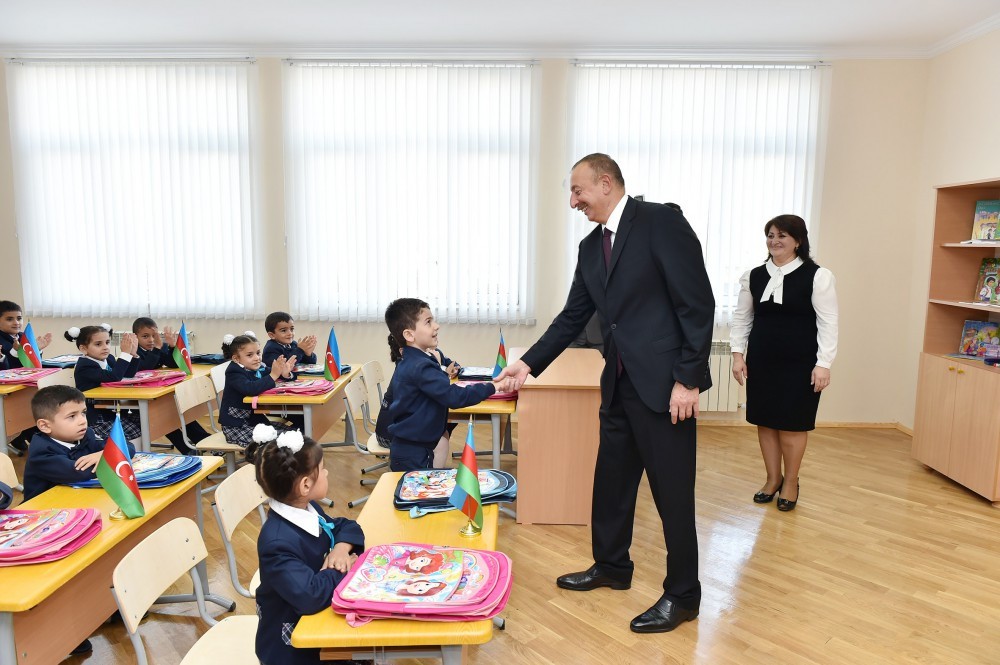 "This year, ten secondary schools and vocational schools of Baku city were substantially repaired. New blocks were built for schools. A new building was constructed for school No.311 in Sabunchu district of the capital. Over the past 4-5 years, the vast majority of schools in Baku city have been capitally renovated. There are still 17 schools without repair. We will repair them in 2017-2018 years."

Azerbaijani President Ilham Aliyev said in his speech at the opening ceremony of a new building of secondary school No.311, located in Sabunchu district of Baku city, on September 15 - the Day of Knowledge.

"Besides this, children study in two shifts in some schools, including this school. Therefore, our goal is achieving that all schools have switched to a single shift. Of course, to achieve this we need to build new buildings or new schools, including this area. Obviously, there is a problem with a territory. However, I gave instructions to local authorities, so that they looked, examined where in the area we can build a new school.

Thus, material and technical basis of Baku city schools will be fully renewed", the head of state added.