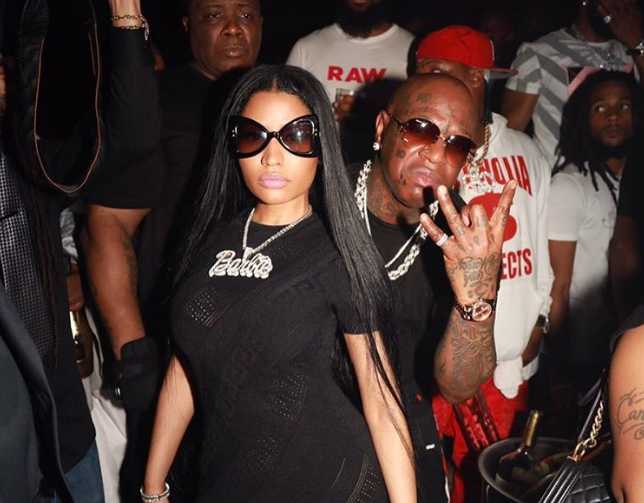 Nicki Minaj and Meek Mill called it quits earlier this year, and just like the rest of us, celebs also have awkward encounters with their exes.

Minaj was partying it up at at LIV on Sunday night in Miami with Birdman, Lil Scrappy and Bobby V in the VIP section looking down on her ex who was partying downstairs in the non-VIP section, according to TMZ.

No word on if the pair spoke or greeted each other – but considering the break-up was pretty cringe we can’t imagine too much was said.

This awkward encounter comes however just a few weeks after Nas and Nicki shared a very cosy pic of them snuggling and looking very, very comfortable. The picture was a hot topic for Ellen DeGeneres, ever the inquisitive and direct host, who saw the pic and dove right into it when the 34-year-old appeared on her show earlier last week.

Without beating around the bush, Ellen first asked about Nicki’s one-boob-out Paris Fashion Week outfit choice, before cheekily asking if Nas preferred her left or right boob, making her burst out laughing suspiciously.