The weddings of the U.S. presidents and gowns of first ladies 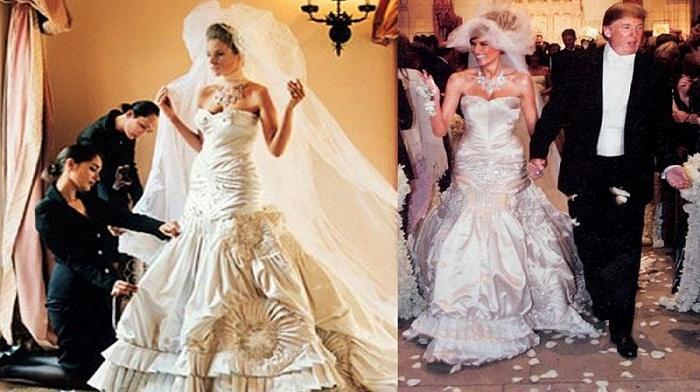 You might expect the U.S. Presidents’ and First Ladies’ weddings to be lavish and over-the-top, but before they lived in the White House, many of these couples were simply young and in love.

You’ll be amazed at how low-key some of these weddings were, including a woman who selected her wedding dress the day before and two future first ladies who didn’t wear white.

Axar.az shares the photos of these amazing gowns: 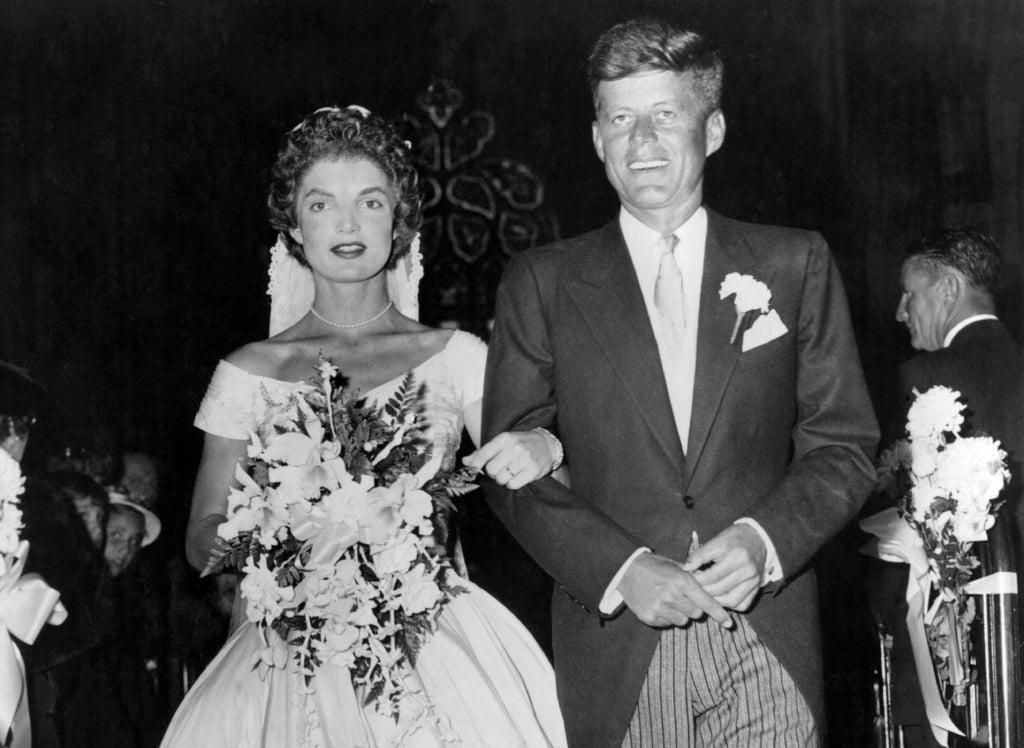 In 1953, Jackie Bouvier tasked fashion designer Anne Lowe with making her wedding dress, but tragedy struck. Ten days before the wedding, a water pipe broke and caused havoc at Lowe’s studio on Madison Avenue. It ruined 10 of the dresses for the wedding, including Jackie’s gown, which had taken two months to construct.

In a panic, Lowe ordered additional ivory French taffeta and pink silk faille to remake the dress. She and her team of seamstresses were able to do it in the nick of time. The gown, with a classic neckline and bouffant skirt, is one of history’s most iconic wedding gowns. 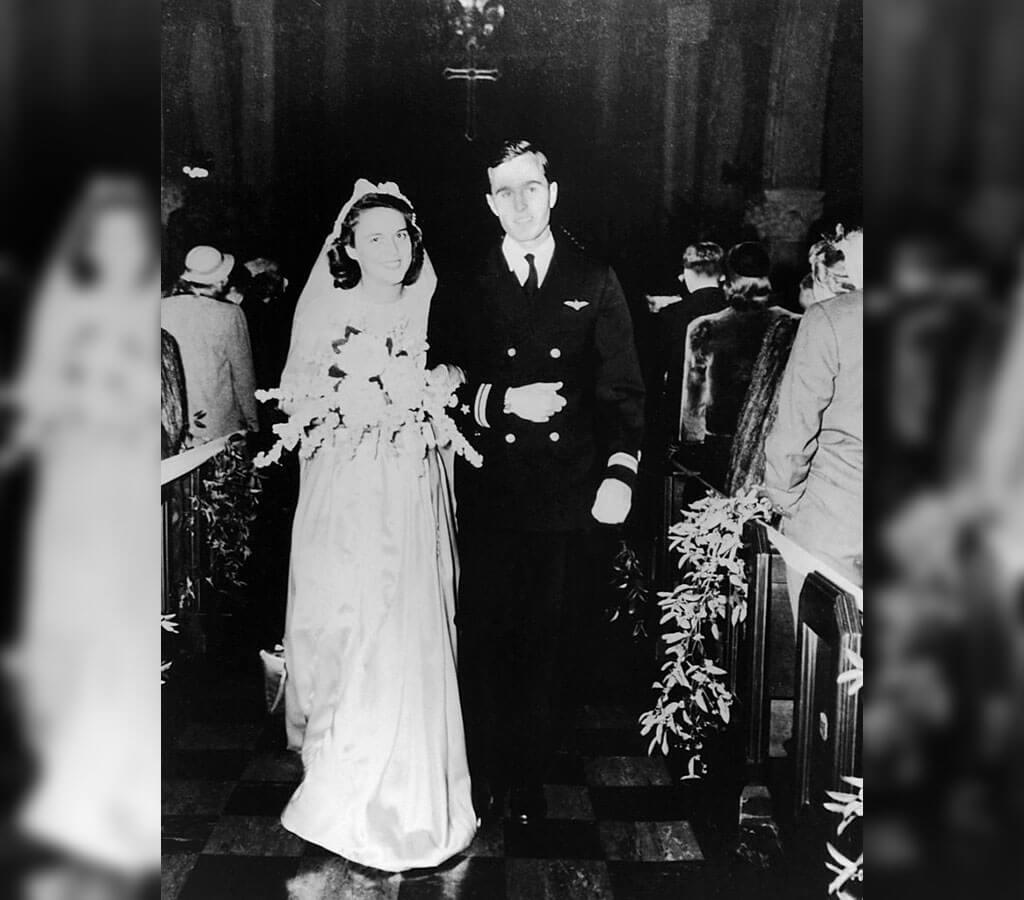 George H.W. Bush met his future wife, Barbara Pierce when they were teenagers in 1941. The former president talked about their first meeting in the documentary titled 41. He said,“They called it a holiday dance at Christmas time and here she was in this red and green dress. I said, ‘Who is this good-looking girl, that beautiful girl over there?’ ‘That’s Barbara Pierce from Rye, New York.’ So then a guy named Wozencraft introduced us. And the rest is history.”

The couple got married in 1945 at First Presbyterian Church in Rye, N.Y. Barbara wore the wedding veil that George’s mother donned in her own ceremony.

Laura Bush wore a simple tan dress for her wedding 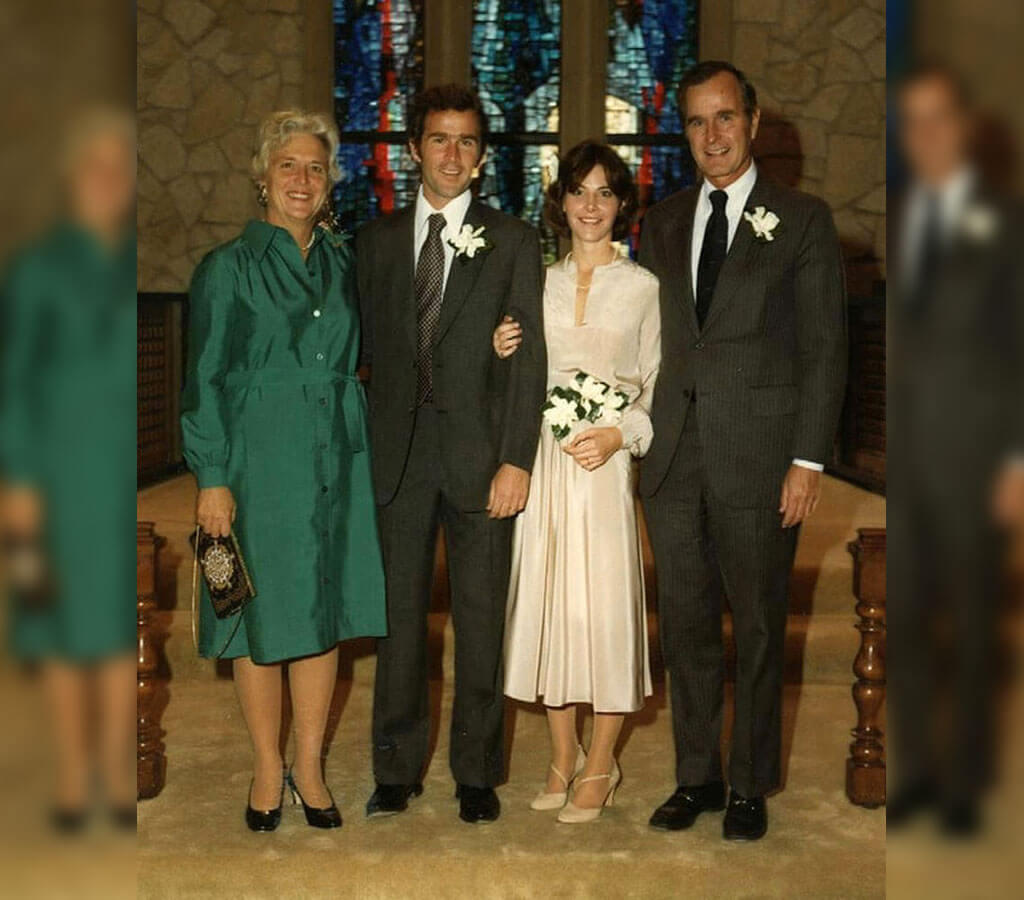 Laura Lane Welch married George Bush on Nov. 5, 1977, at her childhood church in Midland, Texas. The newlyweds posed with the future president’s parents, George H.W. Bush and Barbara Bush. Unlike her mother in law, Laura did not opt for the traditional, fancy wedding gown. Instead, she wore a simple tan dress she bought off the rack to the ceremony.

Hillary Clinton got her wedding dress at the mall 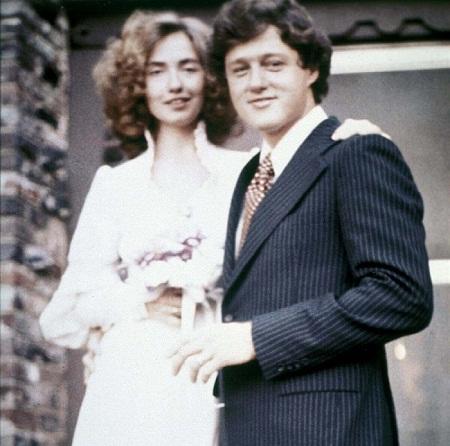 Hillary Diane Rodham met the future president, Bill Clinton, while they were both attending Yale Law School in 1971. He was staring at her in the library, so she went up to him and introduced herself. They fell in love and he proposed three years later. Bill wanted a big wedding while she didn’t even care about an engagement ring.

Lucy Ware Webb was 21 years old when she married Rutherford Richard Hayes on Dec. 30, 1852, at her family’s home in Cincinnati, Ohio. Lucy had a couple of different suitors before settling down with Rutherford. Rutherford’s mother wanted her son to marry Lucy because she admired the young woman’s moral character and religious background. 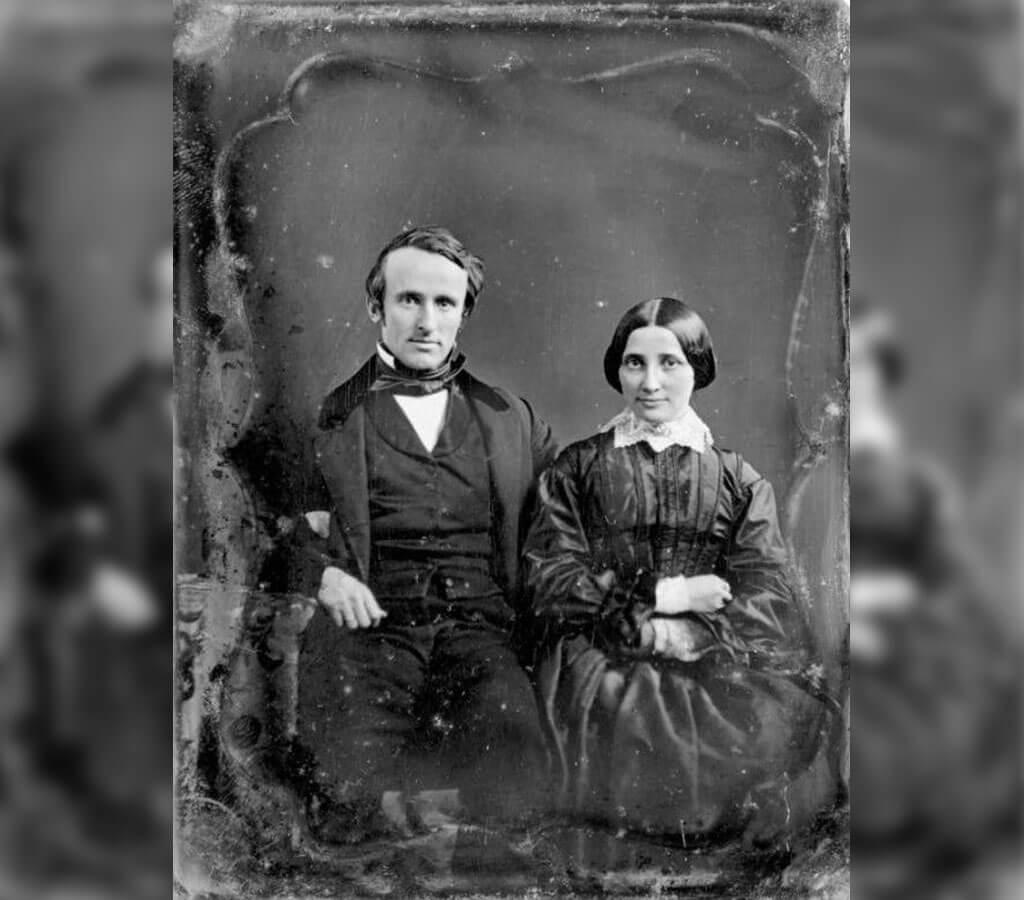