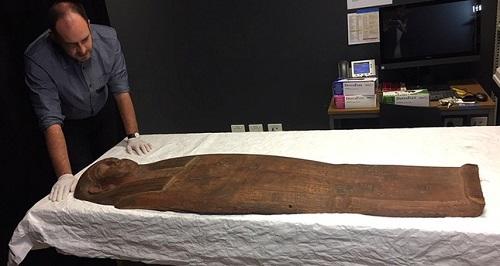 Fifty mummies dating back to the Ptolemaic era (305-30BC) have been found by Egyptian archaeologists, the antiquities ministry says.

The mummies, of which 12 were children, were found in four burial chambers 9m (30ft) deep in the Tuna El-Gebel site in Minya, south of the capital Cairo.

Some were wrapped in linen, others were in stone coffins or wooden sarcophagi.

Their identities were unknown, officials said, but they were likely to have held important positions.