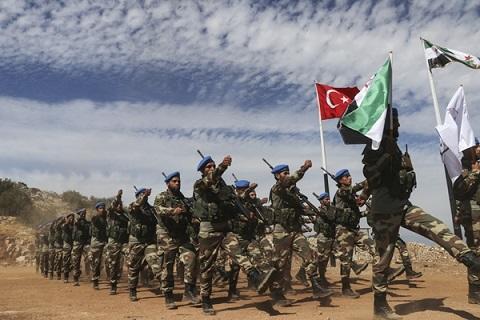 The Free Syrian Army (FSA), which took part in operations Euphrates Shield and Olive Branch along with the Turkish Armed Forces, has completed preparations for a potential military operation in east of Euphrates.

Axar.az reports citing Anadolu Agency that footage showed on Sunday the military exercises and preparations of 2,000 FSA-affiliated Al-Hamza division and Suleyman Shah group members in the military training areas in Syria's Afrin district, which was cleared from YPG/PKK terrorist organization.