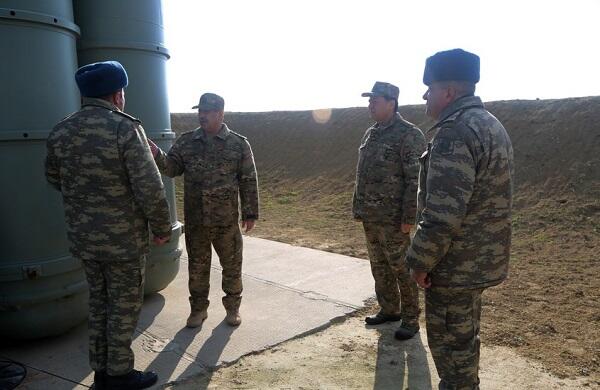 On the instruction of the President of the Republic of Azerbaijan, Supreme Commander-in-Chief of the Armed Forces, Mr. Ilham Aliyev, on January 2, the leadership of the Ministry of Defense visited one of the Air Defense Units with the aim of an unannounced inspection of the combat readiness of the Air Force.

Axar.az reports citing MoD that the bringing the units raised by alert into a state of full combat readiness, strengthening combat duty, protecting important facilities were completed and other actions were worked out.

Minister of Defense, wishing the military personnel new successes and achievements, gave relevant instructions in regard to more operative and efficient fulfillment of combat missions, as well as air defense activities to be held this year.