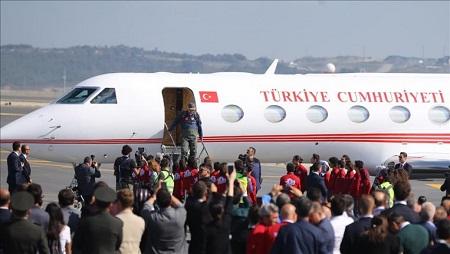 Axar.az reports that Erdogan familiarized with the current situation in the earthquake zone.

According to the latest data, 22 people were killed and 1031 injured in the earthquake in Elazig and Malatya, Turkey.