Son of the Serbian president infected the coronavirus
﻿ 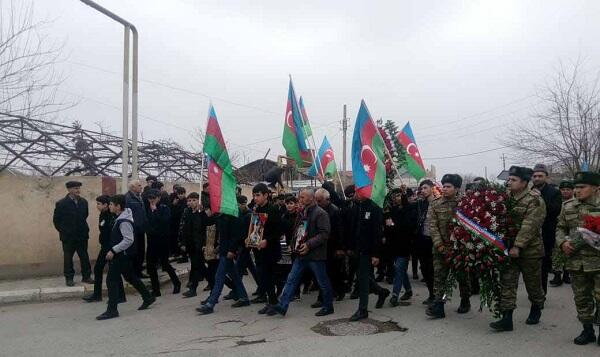 A farewell ceremony with the soldier of the Azerbaijani Army Akif Abbasov, who was found dead in the neutral territory of the enemy's contact line, began in Agjabadi district.

Axar.az reports that his body was welcomed in the center of the district by a large crowd and was taken to his home where grew up.

A. Abbasov will be buried at the Martyrs Alley in Agjabadi district.

Note that Akif Abbasov was missing since January this year. On February 19, the International Committee of the Red Cross (ICRC) carried out an operation to remove the dead person on the Azerbaijani-Armenian border, at the request and agreement of the parties.