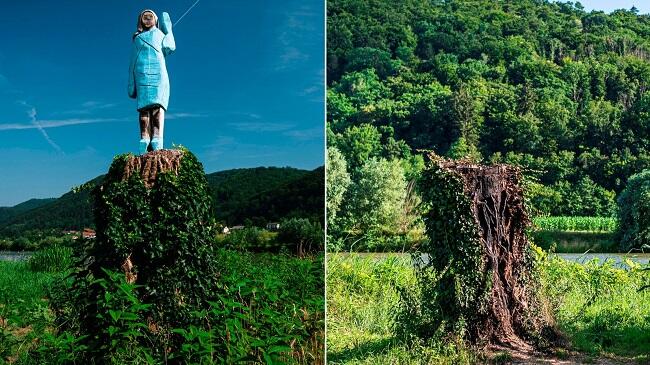 A wooden monument of Melania Trump has been removed from its plinth in Slovenia after it was set on fire.

Axar.az reports citing foreign media that the life-sized sculpture, which depicted a rough outline of the US first lady and the blue coat she wore at her husband's inauguration, was torched on 4 July - as Americans celebrated Independence Day.

Local police have not given any details, citing an ongoing investigation.

Brad Downey, a Berlin-based US artist who commissioned the piece, said he had the disfigured monument removed on Sunday after he was informed of what had happened.