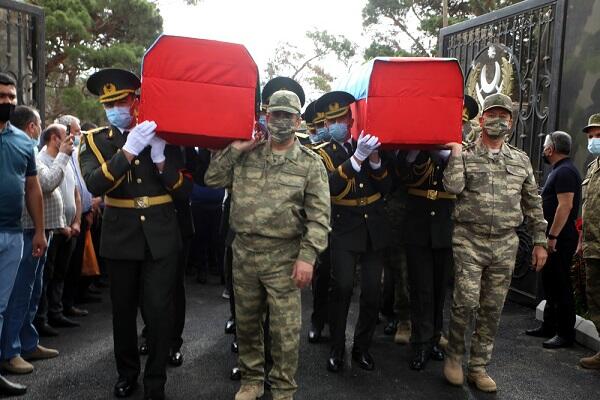 The martyred Major General of the Azerbaijani Army Polad Hashimov and Colonel Ilgar Mirzayev were buried in the Second Alley of Honor.

Axar.az reports that representatives of the Presidential Administration, the Ministry of Defense, the State Service for Mobilization and Conscription, law enforcement agencies, MPs, public figures and family members of the martyr attended the funeral.

The national anthem was played in the alley with the participation of the orchestra and the air was opened.